Impact
Since Joining Forces for Affordable Housing started in 2016, we have actively contributed to the following changes in north suburban Cook County through advocacy and lobbying: 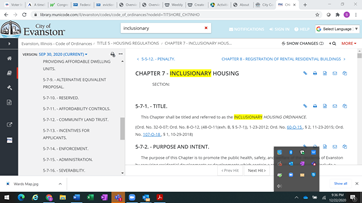